Freedom and the Cloud 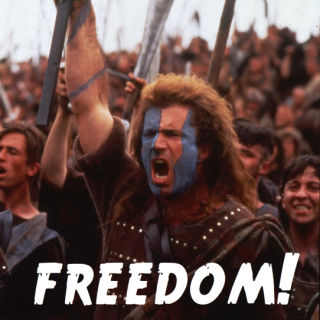 So, Richard Stallman bought a printer

github has positioned themselves as 'essential' for development

The goal was to exploit new computer technologies to meet the needs of military command and control against nuclear threats, achieve survivable control of US nuclear forces, and improve military tactical and management decision making

Consolidation and ammortization of adminstration of computer resources

Computers as a Service

ps. github was down this morning

Shameless slide to justify to my employer that I'm here

Is the ease of access an increase or decrease of freedom?

What about when you want information to go away?

Apple did not hack the iPhone - but they can

Your phone is connected to Apple's Cloud

Other people are not as competent as Apple

In the cloud, you are at the mercy of the choice of companies to be benevolent

Companies are there to make money

How do we manage and control of this

Tor was originally designed, implemented, and deployed as a third-generation onion routing project of the Naval Research Laboratory. It was originally developed with the U.S. Navy in mind, for the primary purpose of protecting government communications. Today, it is used every day for a wide variety of purposes by the military, journalists, law enforcement officers, activists, and many others.