OpenStack: a vision for the future 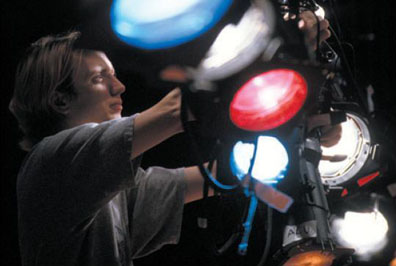 Member of the Satori Group

Founder of the Moscow Art Theatre

"The task of our generation is to liberate art from outmoded tradition, from tired cliché and to give greater freedom to imagination and creative ability."

the appearance of being true or real

interrelation between mind and body

Objectives (what do I want)

Express the key points - let the framework handle the details

Moscow Art Theatre visited the US in 1923

Dropped out of school and went to study with the Russians

Not the same as the Group Theatre in London

Strasberg took Stanislavski's system and made a training system

You've probably heard of it

Substitution - What would make me, the actor, behave in the way the character does

Everyone other than Strasberg walked away from pure-emotional immersion

Concentration on the parter instead

Broke with Strasberg after studying with Stanislavski

Emotion should come from imagination based on given circumstance

Start by doing mundane things in front of people

What the heck does this have to do with OpenStack?

All of these people shared a purpose

To create truth in realistic acting

All of these people both shared approaches and diverged substantially

"What would I do if I were in this circumstance"

"What would motivate me, the actor, to behave in the way the character does?"

connection to the ground

Truth from Physicality, not from Psychological realism

Produce a thing that is "true" to a modern Japanese sensibility

Moved back to US to teach the techniques

Exercies to Nick Cave instead of Japanese Flute

The training is a tool

Each technique can be useful for different things

Each of these directors has applied their techniques to Shakespeare

They're all useful tools for different hings

Why all this talk about acting techniques?

Four takeaways from the actors

Know what problem they're trying to solve

Develop techniques to solve the problem

Be willing to adapt based on new data

Are we chasing psycological realism?

Are we chasing physical truth?

The problem for us

Are we making a toolkit for people to use to build clouds?

Are we making a cloud that can be deployed in multiple places?

Are we providing computers?

OpenStack should provide computers and networks that work

OpenStack should not chase 12-factor apps

OpenStack should provide a happy home for app frameworks

OpenStack should, by default, give me a directly routable IP